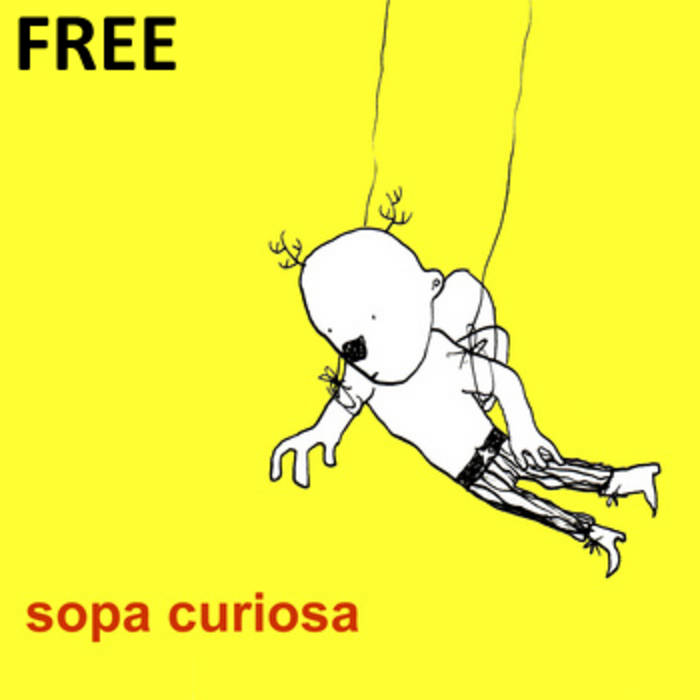 THIS ALBUM YOU CAN DOWNLOAD FOR FREE. AND WE LIKE THAT.
BUT BY PAYING FOR THIS ALBUM YOU SUPPORT BOTH THE ARTISTS AND 'SOPA' IN OUR EFFORTS TO BRING YOU MORE GREAT RECORDED MUSIC AND LIVE MUSIC EXPERIENCES. WE WOULD BE VERY GRATEFUL. :-)

The second compilation from SOPA and follow-up to the critically applauded "SOPA DELICIOSA". 22 tracks by artists from around the world. Among them exclusive tracks by several of the SOPA artists as well as loads of other music by a wide range of other musicians. An exciting mix of genres, ideas and personalities.
The music has its origin in 11 countries: Denmark, United Kingdom, France, Australia, Japan, Italy, USA, Canada, Germany, Sicily and Bosnia.

Read reviews of the album:
www.sopa.dk/releases/008.htm

REVIEWS:
The album works as an exciting collection of songs in itself and as it was probably originally intended: A showroom for the label. That's the way it should be, and therefore the album in itself is successful."
- Cd review by Danish independent music webzine Undertoner.

"This disc certainly works at bringing these artists to peoples attention and hopefully showcasing some of their talent. The tracks range from accessible, experimental, indie, pop, electronic etc. (...) Worth noting is that [most] tracks are exclusive."
- Norman Records (UK), rating 'Happy'

All songs by the respective artists.

Sound Of Perpetual Astonishment (SOPA) is an independent record label based in Aarhus, Denmark, but considers itself beyond any borders.

Bandcamp Daily  your guide to the world of Bandcamp